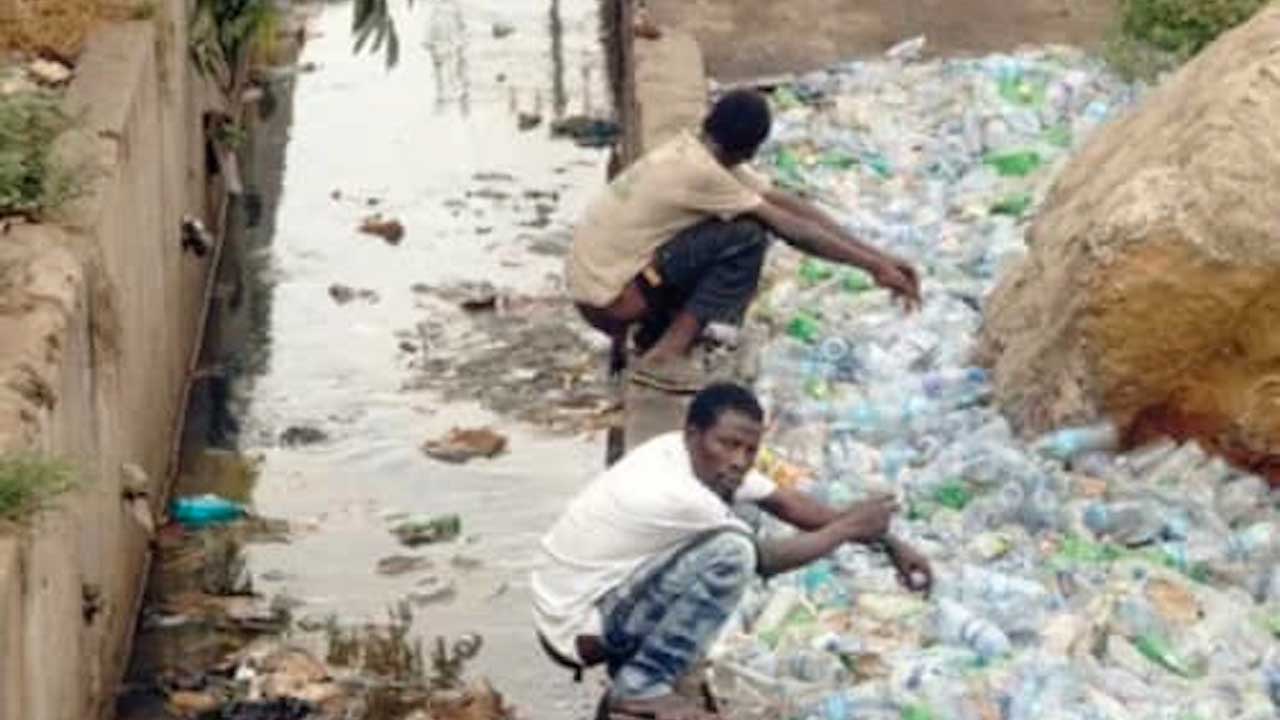 Open defecation is the human practice of defecating outside (in the open environment) rather than in the toilet. People may choose fields, bushes, forests, ditches, streets, canals or other open spaces for defecation. They do so because they do not have a toilet readily accessible or due to traditional cultural practices. The practice is common where sanitation infrastructure and services are not readily accessible.

Defecating in open spaces is a very ancient practice. In ancient times, there were more open spaces and less population pressure on land. It was believed that defecating in the open causes little harm when done in areas with low population, forests or camping type situation.

In Nigeria, open defecation is a common practice. It is common place to find faeces in open spaces even in the best cities of the country. The call of nature is one which must be answered immediately; however the disgusting habit of open defecation is one which needs urgent attention. While answering the call of nature, some Nigerians defecate in any open space available. Hence, there are faeces everywhere in the country especially public places such as railways, parks, footpaths, highways, forests and even stadiums, and even in private residences etc.

This act of open defecation has earned Nigeria  the rating as the country with the largest number of people that defecate in the open in Africa and second largest globally after India.   According to the 2018 National Outcome Routine Mapping, NORM Report, 47 million Nigerians defecate in the open while the country losses N455 billion (US$ 1.3b) annually due to poor sanitation. (www.vanguardngr.com).

The Lagos State Environment Management Protection Law of 2017 is intended to consolidate all the laws and regulations applicable to the management, protection and sustainable development of Lagos State environment. This law created an establishment referred to as the Lagos Waste Management Authority which is vested with the responsibility of disposing waste in the state as well as cleaning streets, roads and designated public places. However, analysts are worried that open defecation has become a fashionable trend in Lagos as people are no longer embarrassed while defecating in the open. According to research, the roads notorious  for this detestable practice includes the Lagos –Badagry Expressway, Ijora/Iganmu Flyover near the National Theatre, Orile, Mile 2 Bus Stop, Volkswagen, Barracks area of Ojo, Trade Fair Bridge, Alakija Bridge, Abule –odo, Iyan-Iba, Maza Maza and the popular Agboju Bus-stop which is on the second gate of Festac Town. (www.environewsnigeria.com).

Furthermore, in Oyo state, open defecation is seen to be a common trend .The situation is compounded by the absence of a city master plan leading to buildings being erected indiscriminately without provisions for toilet facilities, lack of water, poverty, lack of public toilets in schools and markets and inability of the government to monitor sanitary inspectors. In Ibadan, the capital of the state, a public dumping site close to Yidi Agodi is the most convenient place to defecate though a huge sign that threatens open defecators with huge fine is placed therein. (www.IB pulse Archive).

Plateau state is considered the leading state for open defecation.  In Kufang area of Maingo Junction of the state capital, parents escort their children to openly excrete in alleys in broad day light while the parents and other adults only do so at night. This practice is so bad that residents of the area habitually cover their noses when walking through the alleys due to the pungent stench that emanates from the piles of faeces mixed with urine and slimy gutter content in the said alleys. (www.dailytrust.com.ng)

Embarrassingly, report has it that 50% of residents of Abuja, Federal Capital Territory defecate openly.  This is according to a report by Emmanuel Awe, Director of water quality Control and Sanitation of the Federal Ministry of water Resources which was based on a survey done by the Federal Bureau of Statistics and UNICEF on water sanitation and hygiene (WASH) norms. The minister of the Federal Capital Territory is already having sleepless nights  over this report and this should be the case with all the 36 state governors of the country as the problem is everywhere in the country.

These are just few examples. Open defecation is practiced everywhere in the country, no city or village in Nigeria is any exception. More embarrassing is the elite zones of the Federal Capital Territory Abuja, Ikoyi and Victoria Island in Lagos, Lekki zone etc. All over the country, there is no place that is speared.

EFFECTS OF OPEN DEFECATION ON HEALTH, ENVIRONMENT AND REAL ESTATE.

As earlier elucidated, open defecation is a threat to the health and general well-being of the people in the society. To this end, Property Advisory Network (PAN) would recommend the following solution to curb the menace called open defecation in Nigeria.

We in Property Advisory Network recommend that the National Assembly should as a matter of urgency consider a law which will compel companies operating in Nigeria to collaborate with the Local Governments of their locations in provision and maintenance of public toilets in Nigeria as part of their corporate social responsibility. This should be made compulsory as a condition for their continued operations in these locations.

When this becomes part of the conditions for the operations of these companies, there would be enough public toilets and open defecation would be drastically reduces if not eradicated.

Open defecation is a sign of under development. The Federal Government of Nigeria on its own should be worried that Nigeria is second only to India in open defecation. This is not a good credit to the country as it portrays Nigeria as a very poor countries. The Federal Government should also look at the overall effect of open defecation in the environment, health of the people, tourism and more importantly real estate business which is the driver of the economy.

It would not be out of place if the Federal Government of Nigeria considers a direct National Policy on provision of public toilets and it’s maintenance under the Federal Ministry of Health.

Thank you for subscribing.

we respect your privacy and take protecting it seriously